Not Inflation, Not Deflation

The key focus for monetary policy is always price stability. In technical terms, it is called zero inflation, zero deflation.

Make sure that prices do not change, so that people can concentrate on increasing volume to satisfy rising population in an efficient manner meaning with less use of scarce resources at each increase in scale.

In stockbroking, I was shocked that the master market players were saying to clients that there was going to be inflation and it would be good for the market. Shock for proper economists; money for stockbrokers. Technically, this means negative interest rates: inflation rate higher than interest rates. The main goal of running quantitative easing is to create negative interest rates so that savers are punished and speculators borrowing cheap money think they are making money. In real estate, every idiot bought four properties: one for the wife and one each for the three children. They thought are set for life; no need to work and only collect rent.

The famous Japanese asset bubble burst in 1992 which meant it underwent deflation for more than two decades - that was how far assets had inflated and how long it took for asset prices to come down to be affordable for ordinary people. In the meantime, the economy underwent a recession which means more unemployment and lower wages until they created a category of workers called the working poor. In recent years, there has been some price increases due to increased government tax on consumption (which makes life harder for people with fixed incomes) and the attraction of tourists as well as foreign property ownership.

In Malaysia in January 2019, the consumer price index fell by 0.5% from December 2018 and 0.7% from a year ago when compared with January 2018. This was the first time in recent history and the media was calling this deflation. Sorry, no, this was just a decline in the CPI for the month.

Technically, deflation is a persistent decline in prices over a period of time, not a flash in the pan. So we do not know yet whether we are in a deflation period. We have just to see.

It is only logical that after several decades of inflation, ie persistent price increases culminating in the escalation in prices in recent years caused by outflow of cash which led to a sharp declining in the ringgit and now the refusal for ringgit interest rates to rise accordance to the rise in US interest rates, that we can only expect deflation to follow in the coming years and even decades. We may not like it but I think it is inevitable. Think of all the smart guys with there three extra properties for their children's future education now facing tenancy problems and loan repayments especially as interest rates on their loans start to climb.

It is one thing to not to wish for bad things to happen, but it is a different thing to ignore the inevitable. It is much better to be prepared. Well, I suppose many of us just love the cosy warm sand around our heads even if our arses are still sticking out.
Posted by etheorist at 3:50 PM 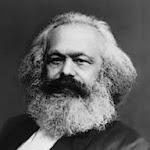